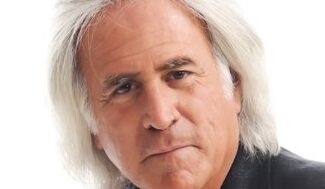 Bob Massi was born in 1951 and died on Wednesday morning, February 6th, 2019 aged  67. He was popularly known as “The Property Man.” He worked as a Southern Nevada attorney and FOX5 legal analyst and Host. He was one of the most well-known legal faces in the United States. According to his LinkedIn page, Massi had 28 years of courtroom experience and appeared on camera as a legal analyst for more than 20 years.

His talk radio program, Your Legal Hour with Bob Massi on KDOX 1280-AM in Las Vegas was on the air for 20 years and was heard by thousands of listeners on a weekly basis.

Massi wrote the book “People Get Screwed All the Time: Protecting Yourself from Scams Fraud,” “Identity Theft,” “Fine Print and More” which was published by HarperCollins books in 2007.

Bob Massi died on Wednesday morning, February 6th, 2019 aged  67 from cancer according to a Family source.