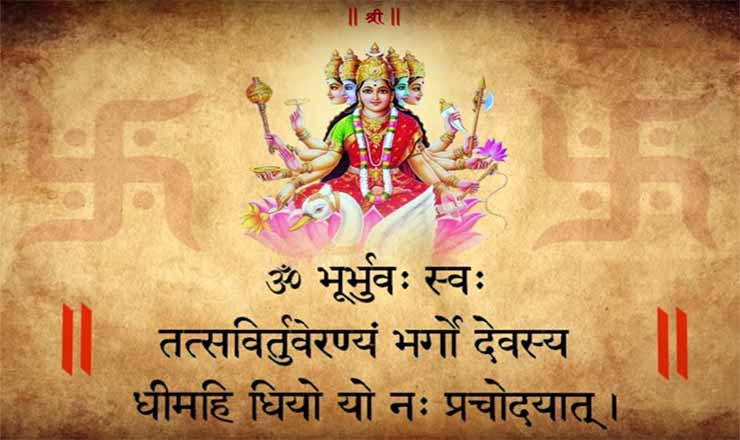 Gayatri Mantra lyrics in Hindi, sung by Suresh Wadkar. The Song is written by Maharshi Vishvamitra and music composed By Sanjayraj Gaurinandan (SRG) .

The Gayatri Mantra, also known as the Savitri Mantra, is a highly revered mantra from the Rig Veda, dedicated to Savitri, the deity of five elements.

Gayatri is the name of the Goddess of the Vedic Mantra in which the verse is composed. Its recitation is traditionally preceded by om and the formula bhur bhuvah svah, known as the mahavyahrti, or “great (mystical) utterance”.

The mantra and its associated metric form was known by the Buddha, and in one sutra the Buddha is described as “expressing their appreciation” for the mantra. The mantra is an important part of the upanayana ceremony for young males in Hinduism, and has long been recited by dvija men as part of their daily rituals.

Modern Hindu reform movements spread the practice of the mantra to include women and all castes and its use is now very widespread.

A little request. Do you like Gayatri Mantra Lyrics in Hindi. So please share it. Because it will only take you a minute or so to share. But it will provide enthusiasm and courage for us. With the help of which we will continue to bring you lyrics of all new songs in the same way.